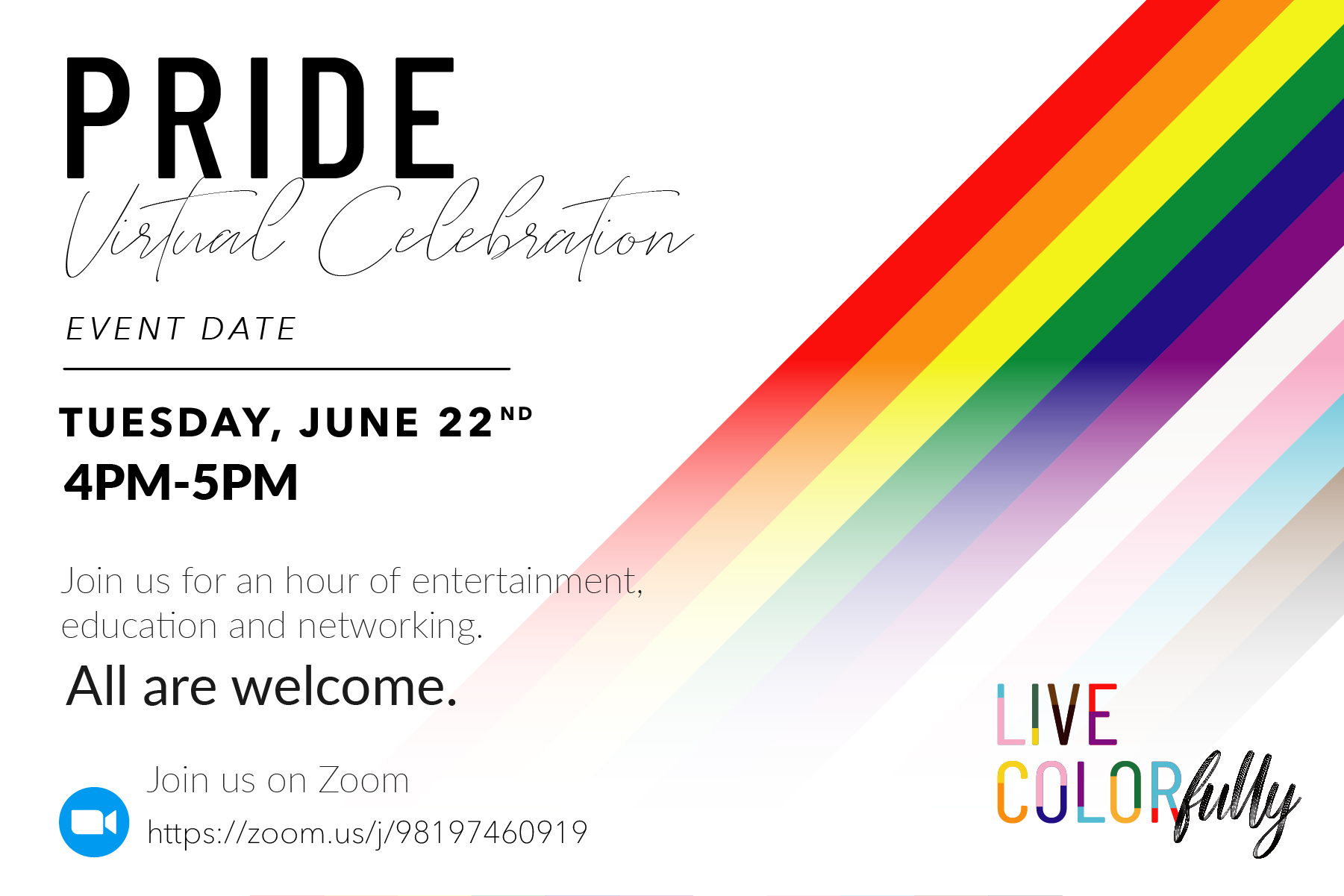 Tuesday, June 22nd from 4pm-5pm EST on Zoom. All are welcome.

June is Pride Month, a time to celebrate LGBTQ+ members of our community and honor those that have and continue to fight for LGBTQ+ rights.

June was chosen to commemorate the liberation movement that took place following the police raid at the Stonewall Inn on June 28, 1969, and the brave steps taken by gay-rights activists like Marsha P. Johnson during a time when LGBTQ+ communities were greatly criticized and ostracized by society. Pride Month and celebratory events that take place, like parades and marches are also about visibility, awareness and creating a sense of belonging for people who may not feel it. LGBTQ+, which stands for Lesbian, Gay, Bi-Sexual, Transgender and Queer or Questioning, is the more commonly used term in the community. The plus is intended to include all the additional communities, including Intersex, Asexual and Ally.

At R/A, we are celebrating by amplifying the voices of the community and its allies with the theme Live ColorFULLY while also raising visibility and awareness through culinary programming. Join us for an hour of entertainment, education and networking with a special virtual celebration on Tuesday, June 22nd from 4pm-5pm EST on Zoom. All are welcome.